In the new library, Hardwick sought to create "a bright spot in a drab urban environment. He wanted a building that would attract people and create in them an interest to enter and find out what was going on inside." (Taylor Hardwick: 60 Years of Design; Hardwick/Hardwick)

The 126,000-square-foot building was wrapped in vibrantly colored tiles and had strong lines and angles. Glass walls along Adams Street allowed the public to see into the building.

Inside, the building was an explosion of color and light. A vivid mosaic mural, designed by local artist Ann Williams, wrapped all four sides of the elevator and stair tower on the east side of the building. Called "Momentum and Direction,” it was called "a meditation on man’s unending quest for knowledge on an ever-changing course.”

Though the building was considered "odd looking" by many Jacksonville residents, it found a quirky place in the citizenry's heart. Thousands of Jacksonvillians recall attending performances in the second-floor theater, affectionately called the "puppet theater" because of the puppet shows performed there. From the "children's room" on the second floor to the stacks in the basement, the Haydon Burns Library was a true "anchor institution" in downtown Jacksonville for four decades. 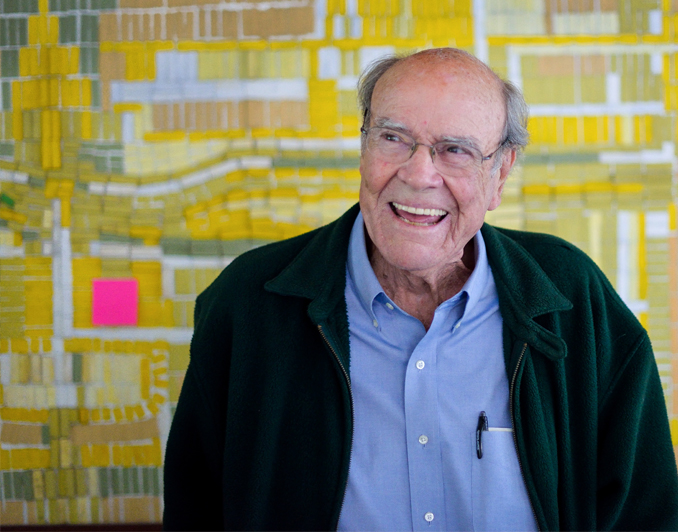