The Jessie Ball duPont Center is, architecturally, a "Mid-Century Modern" structure — a label that defines more that the point in time when it was constructed.

Mid-Century Modern architecture is marked by open floor plans, ample windows and seamless connections between the interior and the outdoors. It is a reflection of an era — an era when World War II was behind us and "space-age" technologies created new materials that opened up exciting possibilities in construction and design.

Stephen Coles (The Mid-Century Modernist) writes, "If good design is a balance of aesthetics and utility, the craft peaked in the years between 1945–1970. This era of modernism hit the design sweet spot: functional beauty. Finding harmony between the natural and the manmade, artists and craftsmen created objects that serve their purpose with organic grace."

New materials such as laminate and plastics were used with wood and metals to create new forms, according to Lesa N. Lorusso of the Florida Historical Society (The History of the Midcentury Modern Style). " What I love most about this style is the bold, innovative use of imaginative forms in architecture and design." 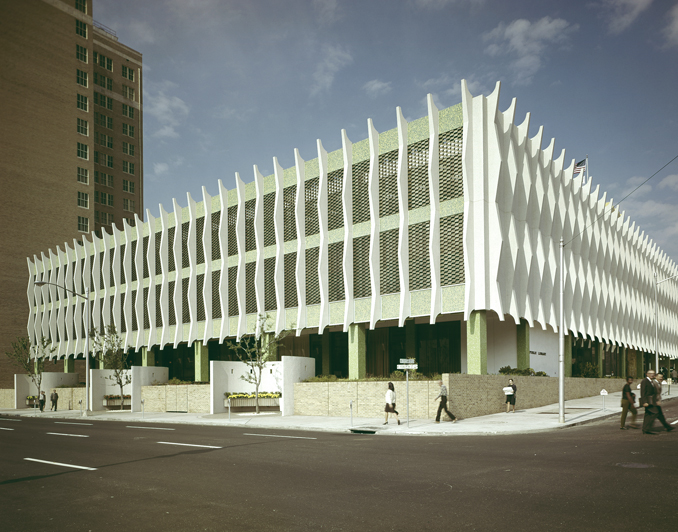 The original Haydon Burns Library shown from the Forsyth Street side in 1965. (Photo courtesy of Taylor Hardwick family) 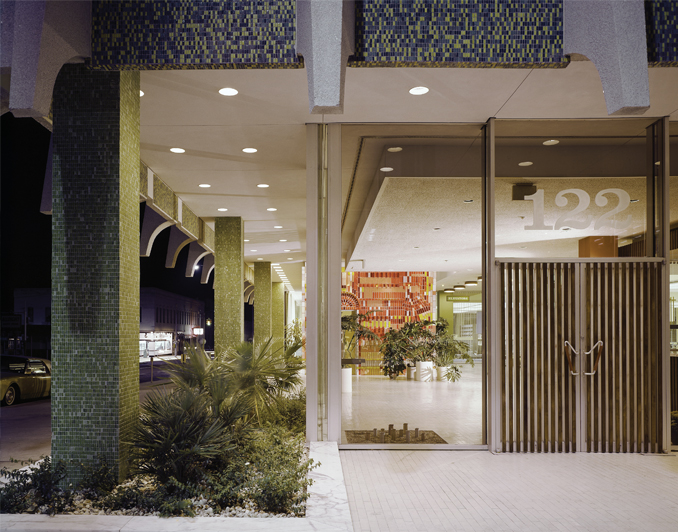